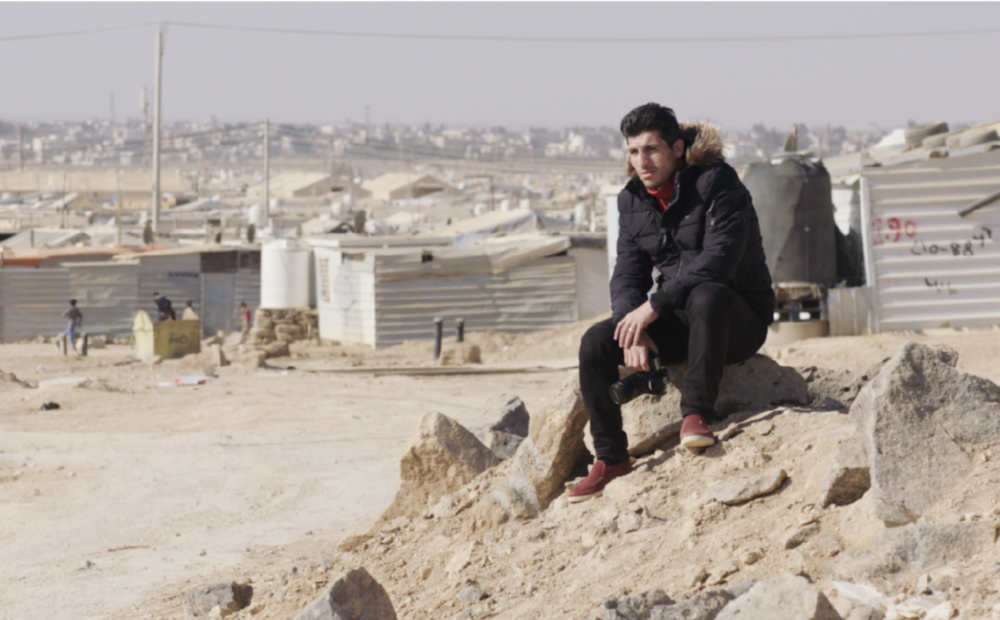 Three Syrian teenagers use the art of photography to cope with the pain and personal loss of war, and to tell stories of humanity and hope in the world’s largest Syrian refugee camp.

In the middle of the Jordanian desert sits the largest Syrian refugee camp in the world. It is called Za’atari, and from the air it looks like an island of white huts in the middle of an ocean of sand. Over 80,000 men, women and children who have escaped horror and war in Syria since 2012 now have no choice but to call Za’atari home.